Memory corruption attacks try to trick a software program into running attacker-provided code, instead of programmer-written code. For this to work, the attacker must find vulnerabilities in the software binary code that allow the injection of code and/or the redirection of execution. Alkemist transforms open source, in-house developed code, and third-party software binaries so that attackers can’t calculate in advance how to successfully execute their code.

At build time, these methods are used:

At deploy time, these methods are used: 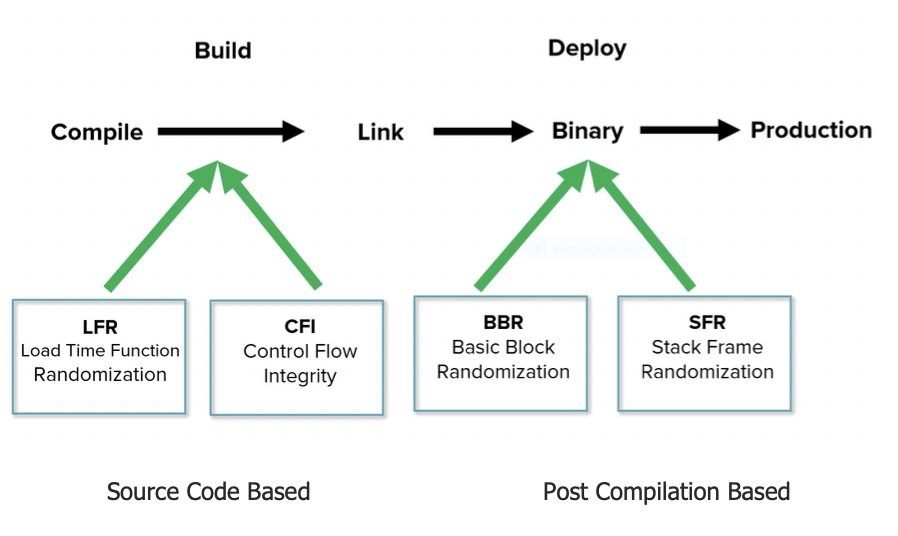 By precluding an exploit from spreading across multiple devices and networks, Alkemist disrupts hacker economics and shifts the odds in favor of the defender.